I think I mentioned in a previous post that I am new to the whole pot roast thing… and traditionally I haven’t been a fan, but this week’s Slow Cooker Pot Roast from PaleOMG is just awesome.  Super tender meat combined with a slightly sweet, thick vegetable gravy makes this recipe a total win! 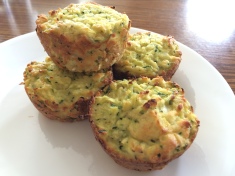 We also tried a few other new recipes that turned out fantastic including these Zucchini Fritter Muffin Cups also from PaleOMG and this Grilled Chipotle Pork Tenderloin with Fresh Cherry Salsa from Sweet Peas and Saffron (which I baked instead of grilling due to nasty weather this week) and a new  Paleo Thin Mints recipe from Lexi’s clean Kitchen. 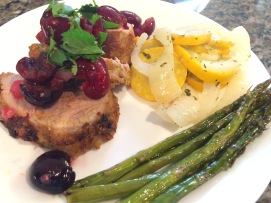 behave well for cookie cutter use during my attempt, so instead I pretty much just made balls of dough and flattened them by hand on the cookie sheets.  I ended up with way more cookies than the recipe indicated it would yield, and I added some melted coconut oil to my chocolate chips to get a smoother coating of chocolate.  But the end result is awesome… these are crispy and dark, just like the real thing.

This coming weekend is Memorial weekend and we’re excited about driving out to Austin on Saturday to walk through the big PaleoFX convention.  I’m hoping to bring back some new food and lifestyle ideas to try and will share what we learn.  Stay tuned! 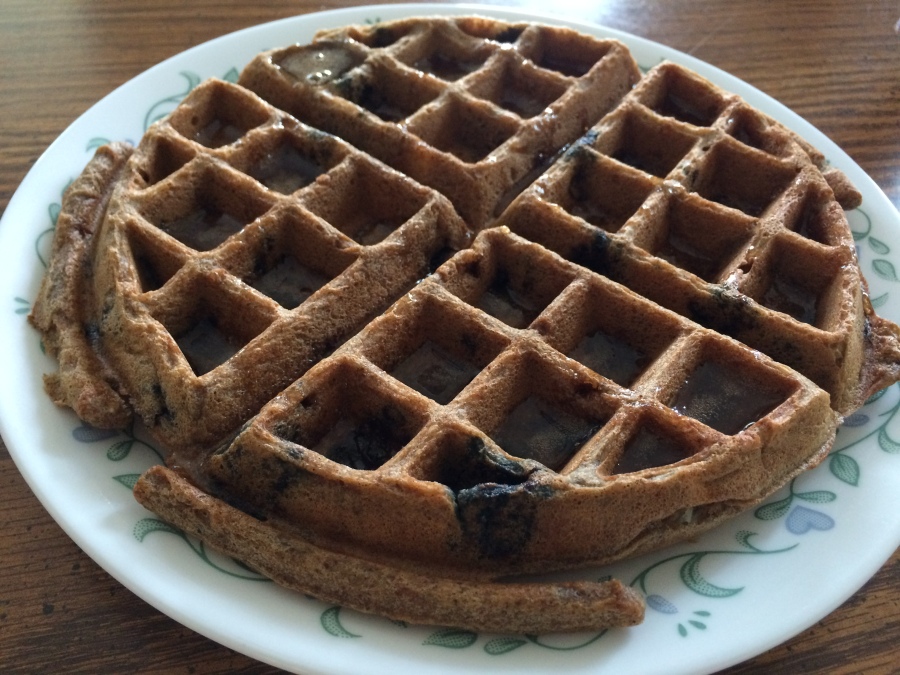 E.J. is out of town this weekend visit a cousin who’s recovering from surgery, so that leaves me in the kitchen alone… well except for Buddy who misses him and keeps putting bones and toys on my feet while I work.

But generally speaking when E.J. is gone, that’s an opportunity for me to try dishes that wouldn’t typically rate as his favorites, like waffles.  I wrote about the fantastic pancake recipe we’ve been using on Saturday mornings and that’s definitely E.J.’s preference, but there’s just something about the crispy waffle that really does it for me.  So today I decided to try out this Almond Butter Blueberry Waffle recipe from Ambitions Kitchen.

All I can say is Yum!  I made them just the same way

I would have done a regular waffle in my Belgian iron, and the outside was crispy with a soft inside.  It completely satisfied the expectation… and it’s Paleo!!  I followed the recipe exactly (except for the part about 1/2 a waffle being a serving) and instead of regular honey or syrup on top, I drizzled this Orange Cinnamon Honey we picked up at Pike’s Market in Seattle.  It’s REALLY yummy, and complimented the blueberries and cinnamon in the waffles very well.

I’m stuffed from eating more than I should, but I’m happy and ready to start my day.  I’ve got lots of errands to run, and I’ve got plans to meet up with friends later tonight.

On the casserole, I ended up doing a half & half sauce with half Frank’s Red Hot and half Bone Suckin’ BBQ sauce.  The flavor on this is absolutely amazing – we all really enjoyed it, but the sweet potatoes didn’t cook through all the way, so I would suggest chopping them pretty small (like half inch cubes).   I will most definitely try this one again, but next time I’ll probably do 3 lbs of chicken, and only 3 large sweet potatoes so there’s a little more protein.  All in all though, this one is total win.

The meatballs were also really good – pan fried in bacon grease with all of those pieces of onion and garlic… MMM!!!  The sauce was a bit thin, so when I do this one again, I think I’ll add more tapioca to thicken it up a bit more.  I added mushrooms to my sauce and felt it needed some extra garlic salt to really bring out the sauce flavor.

I’m really glad to have the pre-made meals again this week – the new job has me heading for the office early and leaving late, so it’s nice to not have to feel like I’ve got to scramble to make dinner when I get home.

things that we had been needing to get around to.  It was a highly productive day, but we spent an incredible amount of it sitting in traffic due to the nearby Iron Man festivities taking place all over town.

After hours of running around, E.J. and I decided to have some Paleo Pizza for dinner and settle in to some T.V. watching to catch up on one of our favorite shows, “Castle”, which will be having its final episode on Monday.  We’re sad to see it go, but it’s had a nice long run and I can’t wait to see what Nathan Fillion does next.

We’ve done pizza a couple of times since the paleo diet began, but we’ve never been super happy with the crust.  Typically I did a cauliflower or almond flour based crust, and it always ended up crumbly and never quite held the weight of the toppings the way I had hoped.  Tonight we tried this recipe from Primally Inspired, and had a MUCH better result. The crust was crispy but doughy, and honestly tasted and felt just like a regular thin crust pizza…. even if it was a little green from the avocado oil.  Brendon happened to be home for dinner and gave it 2 thumbs up also.  I think this will have to become my new standard.

I also had some leftover melted chocolate in the fridge that needed to be used, so I dropped in some of the natural no-sugar-added dried cherries we picked up at Pike Market in Seattle and made up a new chocolate “cluster” recipe with shredded coconut and tiny pecan pieces.  I can’t wait to try one later!

E.J. and I had a lovely vacation last week full of adventures.  As a direct result of all of our weight loss, we were getting up early every morning and pretty much going non-stop until bedtime.  E.J. had so much energy that he was literally running across streets and up hills, and through forest trails.  I had to push to keep up with him, and that’s definitely a first for our vacations.

Here’s a short list of things we saw and did:

We consciously decided that we would allow ourselves to go off-diet on the trip, though we tried to stick with some of our good habits like avoiding sugary drinks and breads at mealtimes and trying not to snack during the day.  Still, we found ourselves choosing to try some local desserts (there were some irresistible chocolate and cobbler-like desserts) and delicacies like poutine and fried pork belly. 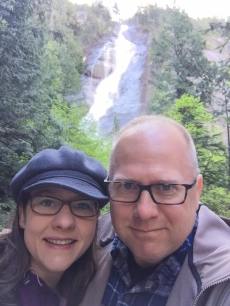 As expected, we gained weight on the trip, but oddly enough we were both ready to get back to our regular diet by the time the week was over, and we’re both within a couple of pounds already today of being where we were before we left.  I consider that a win.

We flew back Saturday, so I spent Sunday doing laundry, unpacking, and making chili and an Enchilada Bake along with some Sweet Potato Bites for lunches this week.

I’m also starting a new role this week with a lot more responsibility, so I’m happy to have my lunches completely covered so I don’t have to leave the office to eat well… yay for planning ahead!

The Blog of Awesome Women

A Marine's journey from unfit to healthy