While Keto is treating me well from a meal planning and meal enjoyment perspective, I find I’m really struggling to stay in ketosis.  Our big system upgrade happened last weekend, and between the prep, the aftermath, and the one giant FUBAR that had me pulling an all-nighter Wednesday night, staying strict enough on the diet this week wasn’t really an option.  So, I compromised, sliding over to Paleo, and maybe a little beyond when a no-added-sugar hard cider sounded like a really good idea.  But all in all, I’m holding fairly steady, and that’s not bad, considering.

This week, I made some new keto friendly dishes and revisited the Quiche Lorraine from a few weeks ago, since E.J. didn’t get a chance to enjoy it the first time.  First we had some folks over for dinner last night and served sausage with keto coleslaw and this Loaded Cauliflower which got rave reviews.

Then for lunches this week, I made this Keto Meatloaf recipe that uses pork rinds as a binder… who would have guessed?  Then I made this Deconstructed Pizza Casserole recipe and this Easy Cashew Chicken.

I’m actually really looking forward to our lunches this week now, and hopefully I’ll be able to slide back into ketosis again when things calm down a bit. 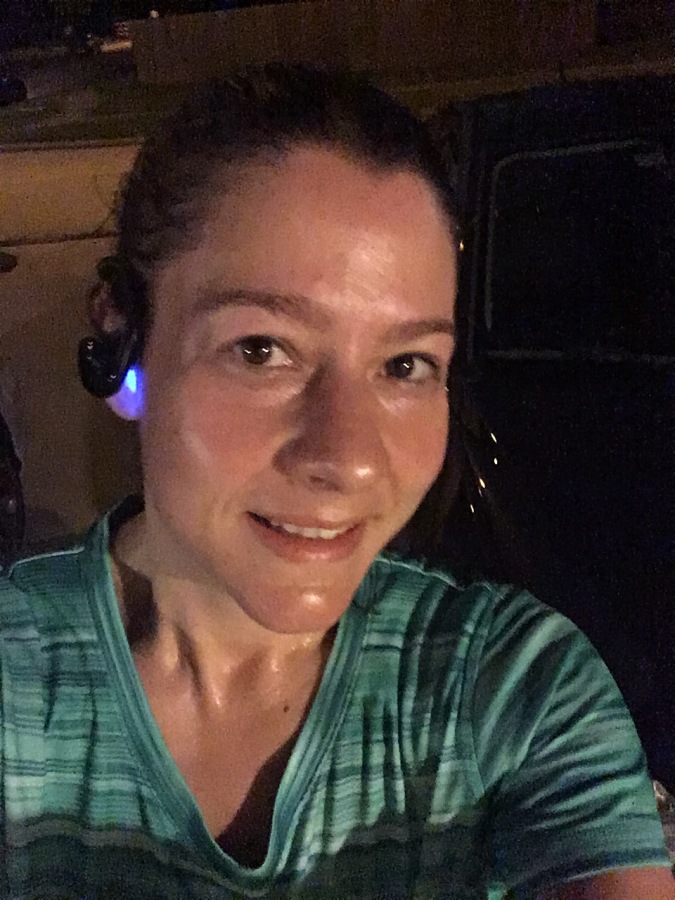 This morning, a nasty, muggy August-in-Houston morning, I finally finished a 5K after 5 months of pain and recovery.  It wasn’t fast or pretty, but it was complete, and without pain.

It was a long road full of pain, depression, frustration, and fear.  There’s nothing worse than working hard for something, only to have it slip away, and have to fight for it again. But people do it all the time.  For some people, it’s their health, wealth, or love that they lose and have to find again. For me, it was my ability to run – I know it’s insignificant in the big scheme of things, but it had become a big part of my life, and I really missed it.  Worse yet, when my mom turned 40, her fibromyalgia symptoms began to set in, and she’s been fighting it ever since.  I kept wondering if this was the beginning of it for me.  Am I destined to spend the rest of my life in pain the way she does?

If it hadn’t been for E.J., I don’t think I’d have made it back.  There were plenty of times when I could have given up – on the diet, the exercise, and all of it.  It felt like every time things started to get better, I’d hit a setback.  But he was my rock the whole time – he really listened, and didn’t judge.  He just kept helping me find solutions and new things to try.  I think having that support is the biggest key to success when we set off on a really big challenge.  We’re all going to stumble and wonder if we should just give up.  But the worst thing we can do when we feel that way is to keep it to ourselves.  Tell someone – a friend, a family member, or even a supportive group online.  Just talk about it.  First, you’ll often find that what you’re feeling is normal, and even common among your peers, and second, you’ll find ideas and inspiration that will keep you moving.  Sometimes it’s backward, or sideways before you go forward, but no matter what, keep moving.

Ok, time to get real again.  The job stress is hitting a crescendo right now because of a major project that’s coming online at the end of next week.  On top of that, E.J’s been gone over a week and won’t be back until Friday, which is exactly when I will need to be focusing on work instead of him.

Avoiding the sugar dragon right now is not an option.

But I’m back to running 30 minutes 3 times a week, now that my knee is better, and I’m not willing to give into the extra lbs that keep trying to creep back on, just because I’m stressed.  So what’s a Paleo person supposed to do to keep things under control?

Have you heard of this Keto stuff?  E.J. suggested I look into it.

Keto is a cousin of the Paleo diet that’s more focused on weight loss than long term health, and basically while you give up carb-heavy veggies like sweet potatoes, beets, and butternut squash, you add back in small amounts of cheese and sugar substitutes like erythritol (Swerve).  Other than that, the diets are similar to a “Primal” Whole 30.  The point is to get your body into ketosis, where it starts burning fat instead of carbs for energy.  And based on everything I’ve read, it seemed like it would be worth a try.

So last week I pulled up one of those “Fat Bomb” recipes off of Pinterest, just to see if I could handle the sweetener.  My weakest part of the day is craving a sweet finish after dinner.  The first night I had one after dinner, I tried one along with some decaf coffee to see if it would satisfy.  My first impression was how “fake” and strange the sweetener tasted compared to the natural sugars I had been enjoying in maple syrup and honey.  After about half an hour, I also had some very unpleasant stomach aching and a lot of intestinal discomfort.  But slowly over the rest of the week, the intestinal issues subsided as my body adjusted and figured out how to digest it.

Would you believe that I dropped 3 lbs in 4 days?  I’m being careful to only use cheese sparingly for flavor, and still using coconut milk as a cream substitute, but I think I’m starting to get the hang of this.  Today, I made this Quiche Lorraine along with some Crock Pot southwest chicken for lunches, and it was awesome.  Mom and Brendon had some for lunch today, and both pronounced it a winner.

I actually feel like I have a formula now that will get me through the next couple of weeks and I won’t automatically be gaining 5 lbs.  In fact, if the last few days are any indication, I might be back to my lowest by my birthday at the end of the month.

Wouldn’t that be a nice present!!??

The Blog of Awesome Women

A Marine's journey from unfit to healthy